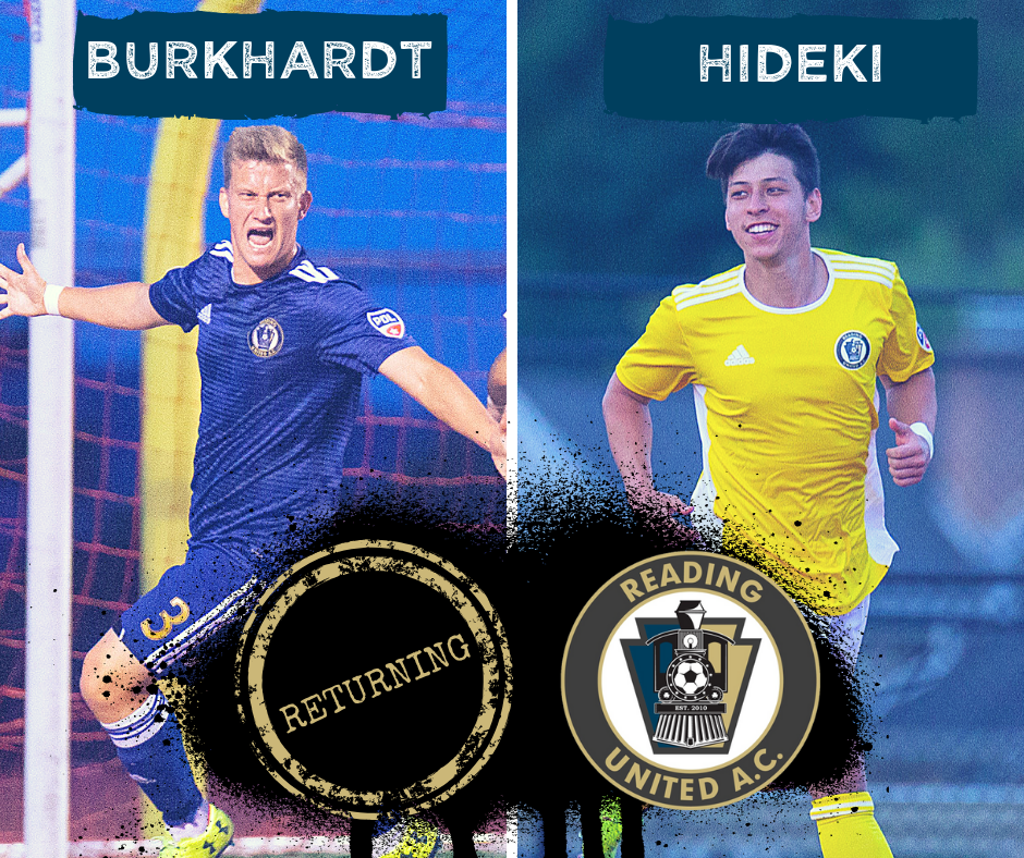 A recent graduate of Seton Hall University, Spencer Burkhardt will be returning for his third season with Reading. During his collegiate career with the Pirates, Burkhardt played in 58 games, scoring five goals with two assists. Burkhardt had a solid 2018 campaign in Reading,  playing seven regular season games and three playoff games. recording two goals. Spencer had a knack for timely goals - a game-tying tally in 84th minute in the season finale against Lehigh Valley, and a 65th minute goal against Evergreen FC that put the game out of reach.

Felipe Hideki, MidAmerica Nazarene junior forward, will be picking up where he left off last season with Reading United. At MidAmerica, Hideki was named Heart of America Newcomer of the Year and to the conference First Team after netting eight goals and five assists. During the 2018 season in Reading, Hideki played in eight regular season games and four playoff games tallying a total of five goals. Felipe’s goals were often important ones, netting winners against Ocean City and New York Red Bulls U23 and the first goal in a 1-1 draw against Long Island on the road.

“Both players were an integral part of our season last year both on and off the field,” stated head coach Alan McCann. “We will look to rely on our returners to help set the culture and integrate the new players into the Reading Way.”

Reading United will begin their 24th season on May 11th at Lehigh Valley United. Reading will return home for their regular season opener on Saturday, May 25th against FA Euro. Season tickets are on sale at readingunitedac.com/tickets, and will cover all regular season games.