READING, PA (July 10, 2019) – Reading United A.C. got back on track Wednesday night at Wilson High School’s Gurski Stadium as they outlasted visiting Cedar Stars Rush to score a 3-2 victory in USL League Two action. United, the newly minted 2019 Mid-Atlantic Division Champions, put three goals in the back of the net early in the first half courtesy of Max Galizzi, Felipe Hideki and Bakary Bagayoko. The hosts had to hold off a rally by Cedar Stars to earn the win, snapping a three match winless streak.

United wasted no time lighting up the Gurski Stadium scoreboard with two goals in the first six minutes of the game. Reading midfielder Amferny Sinclair forced a turnover in midfield and dribbled to the top of the Cedar Stars penalty area. Sinclair played a nice ball to Galizzi, who laced the ball past Cedar Star Rush goalkeeper Jason Dubrovich and into the back of the net to make it 1-0 to the hosts.

United would continue to press their advantage as they found a third goal in the 18th minute. Bakary Bagayoko collected a loose ball deep in the left channel, outmuscled his Cedar Stars marker, cut toward goal and lashed a vicious shot past Dubrovich to extend United’s lead to 3-0.

Cedar Stars were quick to blunt United’s momentum as they quickly responded to Reading’s third goal. In the 20th minute, Sebastian Varela collected a throw in from the right side and dribbled into the Reading penalty area. The Cedars Stars midfielder ripped a left-footed shot on target that United keeper Tor Erik Larsen initially blocked but a wicked back spin saw the ball bounce over the goalline to cut Reading’s lead to 3-1.

Reading United would see out the rest of the match to earn their ninth win of the 2019 regular season.

Reading will continue their homestand to wrap up the 2019 USL League Two regular season at Gurski Stadium on Sunday, July 14th when they welcome their closest rivals, Lehigh Valley United. Tickets for the match and Reading upcoming exhibition match against the Philadelphia Union on July 16th can be purchased online at www.readingunitedac.com/tickets. 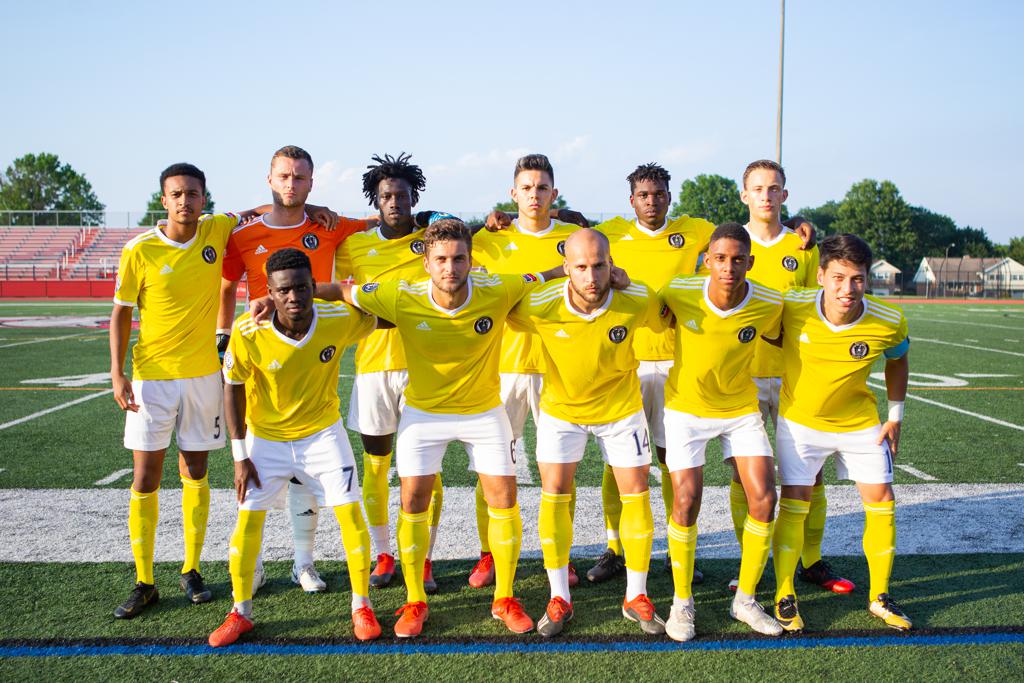