The Union, who currently sit atop the MLS Eastern Conference standings, brought their entire squad to Reading’s summer soccer extravaganza. Philadelphia fielded many of their young prospects in the match against the USL League Two Mid-Atlantic Division champions. Union homegrown stars Mark McKenzie, Anthony Fontana and Matt Real played much of the match. Former United midfielder Zach Zandi, who spent three seasons with Reading, anchored the Union midfield in his return to Gurski.

Following the match, Zandi was beaming when he spoke of returning to Reading, saying,”It’s amazing. To be back in the stadium where I played so many games and had so many great memories, it’s awesome. To see the fans again and to be wearing a Union jersey, it’s a great thing.”

Star players like Alejandro Bedoya, a U.S. Men’s National Team member, and Mexican National Team star Marco Fabian mingled with fans, taking time to pose for selfies and sign autographs. The Union’s midfield maestro Ilsinho, known for his dazzling display of skill moves, had young soccer players asking for tips on how they can elude defenders with some off his moves.

One of the players getting the most attention throughout the night was the Union’s all-time leader in games played, Reading United alum Ray Gaddis. Gaddis, who played for Reading in 2010 and 2011, was drafted by the Union in the second round of the 2012 Major League Soccer SuperDraft. In his eight seasons with Philadelphia, Gaddis has become a stalwart along the Union’s backline, playing over 16,000 minutes. The Reading United legend flashed his trademark smile as he greeted fans young and old throughout the evening.

Gaddis was thrilled to be back in Reading, saying, “It’s a tremendous feeling. Coming back here, there’s always so much support from the fanbase in Reading. It feels good to be back in a place I call home.”

Reading United get back in action this Saturday when they host the USL League Two Eastern Conference Championship weekend at Gurski Stadium. Before Reading United take on GPS Portland Phoenix at 7:00pm on Saturday night, the Northeast Division champions Western Mass Pioneers take on South Atlantic Division champions North Carolina Fusion U23 in the matinee game at 4:00pm. The winners of Saturday’s matches will meet in Sunday’s Eastern Conference Championship Game. Tickets for a packed weekend of playoff soccer can be purchased online at www.readingunitedac.com/tickets. 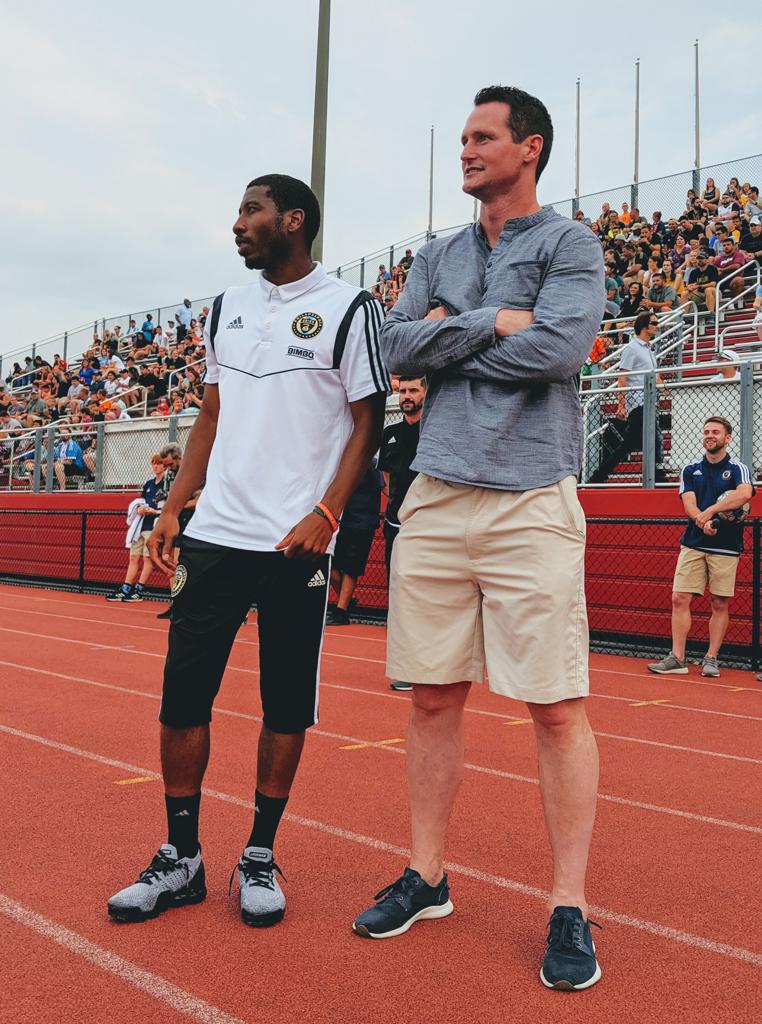 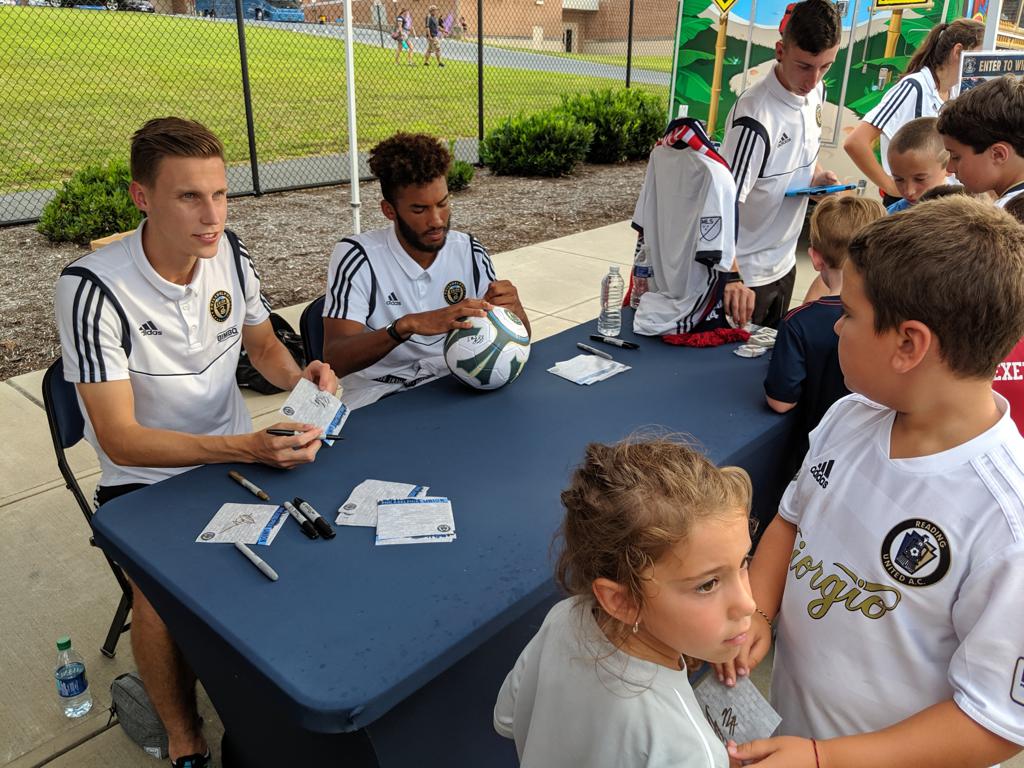