READING, PA (July 20, 2019)– Survive and advance. Reading United did just that on Saturday night at a sweltering Gurski Stadium, as they outlasted visiting GPS Portland Phoenix to score a 4-3 penalty shootout win. The teams were deadlocked at 1-1 after 120 minutes of action in the 2019 USL League Two Eastern Conference Semi-Finals in match marred by a combined 35 fouls. Khesanio Hall opened the scoring for the visitors in the first half before Richie Schlentz’s tally tied the match early in the second half.

The opening 45 minutes proved to be a cagey affair as both teams sought the game’s opening goal. Portland, despite being outshot 6-0 by the hosts up to that point, found the breakthrough goal in the 42nd minute.

Taking a pass from midfielder Thomas Clark, Portland Phoenix forward Khesanio Hall outmuscled Reading defender Lamine Conte to create space and before firing a low shot past Simon Lefebvre to push the visitors to a 1-0 lead. The goal was Hall’s fourth of the 2019 season.

United roared out of the halftime break, seizing the initiative and pinning Portland in their half. That sustained pressure would pay massive dividends as Reading would find the all-important equalizer in the 52nd minute.

Reading midfielder Amferny Sinclair played a ball out wide right to United’s speedy Theo Quartey. Quartey, given space by two Portland defender, curled a cross to the back post that found Richie Schlentz. The defender’s headed effort nestled just inside the left post to tie the game at 1-1.

Neither team was able to find another goal in regular time, as well as the two additional periods of extra time. The lottery of the penalty kick shootout was needed to decide the winner.

In the shootout, Reading United’s towering goalkeeper Simon Lefebvre came up huge. The 6’9” French goalkeeper palmed away Portland’s Aaron Ward-Baptiste’s low shot in the first round of the shootout. For Reading, Deniz Dogan buried his kick from the spot before Kalil El Medkhar saw his shot carom off the right upright, tying the shootout at one goal apiece.

Lefebvre would again deny Portland in the fourth round of the shootout. Portland’s Graham Forsyth saw his left footed rip on goal well saved by Reading’s big netminder.

Reading’s Yaya Fane, who only entered the match in the 91stminute, would punch United’s ticket to the Conference finals when he sent Portland goalkeeper William Bush the wrong way and tucked his shot inside the left post for the 4-3 shootout win.

With the win, Reading United head to the USL League Two Eastern Conference Finals for the third time in four seasons. United will host the Northeast Division champions, the Western Mass Pioneers, who defeated North Carolina Fusion U23s 3-1 in the day’s first semi-final. The match will kick-off at 7 pm at Wilson’s John Gurski Stadium on Sunday, June 21st. Tickets for the Conference Finals can be purchased $5 tickets online or $10 at the gate. 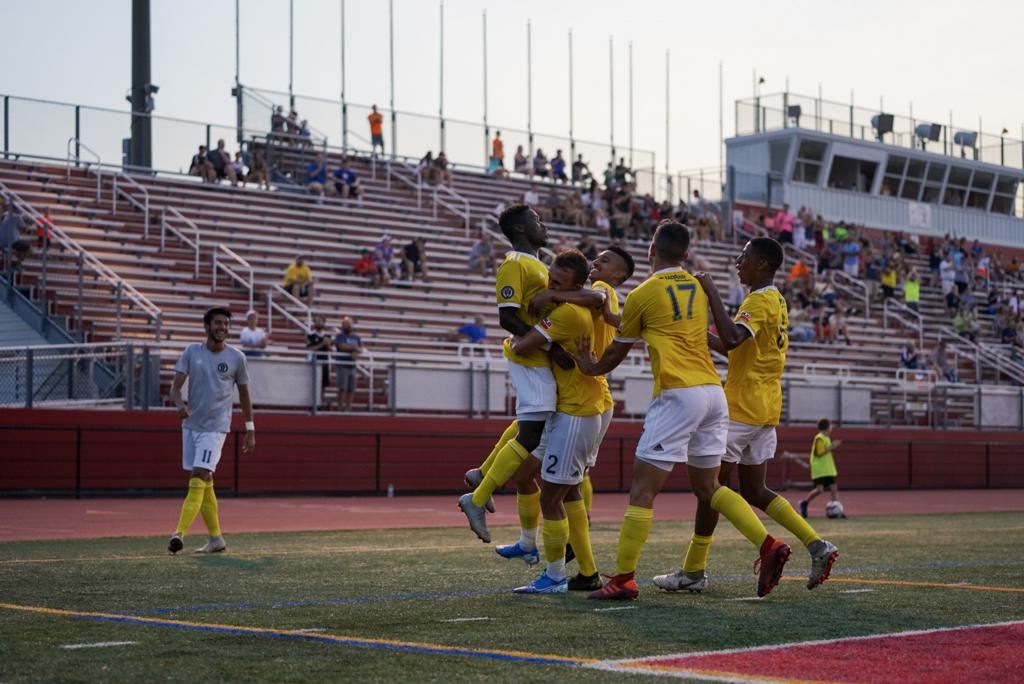