READING, PA (July 21, 2019) – Reading United A.C. captured their second consecutive USL League Two Eastern Conference Championship on steamy Sunday night at Wilson High School’s Gurski Stadium, knocking off the previously unbeaten Western Mass Pioneers, 1-0. Khori Bennett scored the game winning goal for Reading late in the first half and the United defense held off waves of pressure from the Pioneers in the second half to score the win. With the victory, Reading United return to the USL League Two National Semi-Final for the fourth time in club history.

The match lived up to its billing as the Eastern Conference heavyweights waged a heated battle on the pitch as each side sought a foot hold in the game. In the game’s fifth minute, Western Mass midfielder Guillermo Deal tested Reading goalkeeper Simon Lefebvre. The towering United goalkeeper made a clutch save at his near post to keep the visitors off the scoreboard.

At the other end of the pitch, Khori Bennett very nearly opened the scoring in the 22nd minute, but his headed effort was stopped on the goal line by Pioneers goalkeeper Blake Mullen.

Bennett would get his goal twenty-one minutes later. Defender Chad Poarch sprung a Reading United counterattack when he picked up Reading’s speedy winger Goncalo Garcia racing down the right sideline. Garcia, who had a team leading four assists in the regular season, played a pass behind the Western Mass defense that picked out Bennett’s late run to the far post. Reading’s all-time leading goal scorer easily chipped the ball into the back of the net to stake United to a 1-0 lead that they would take into the halftime break. The goal was Bennett’s 19th career tally for Reading.

Reading United’s stellar defense was called on to hold off the Northeast Division Champions second half surge. Penn State’s Brandon Hackenberg was brought on in the 49th minute as United boss Alan McCann looked to solidify his backline.

Lefebvre made four saves on the night to earn the clean sheet and preserve the win for Reading, including a pair of huge saves late in the game. The Temple goalkeeper made a timely intervention at his near post in the 74th minute to again deny Deal. In the 85th minute, Lefebvre got behind a well struck free kick that zipped through a congested penalty area and in on goal.

With the win, Reading United became the only 2018 semifinalist to earn a trip back to the USL League Two National Semi-Finals this season. Reading will face South Georgia Tormenta U23s next weekend at a location to be determined.

Following the game, Bennett was confident he and his teammates could continue their postseason run, saying, “This year, this group has a bunch of guys who want to go all the way. If we just continue to be humble and execute the plans that Coach McCann sets out for us, I believe we will achieve our goal of winning a national championship.”

Head Coach Alan McCann, still dripping after his players gave him a celebratory Gatorade shower, praised his side’s conference winning performance, stating, “It was a very hard-fought win. I feel we were the better team in possession. Breaking them down was difficult and they pressed us in the second half, but it feels great that we won the game from our identity.” 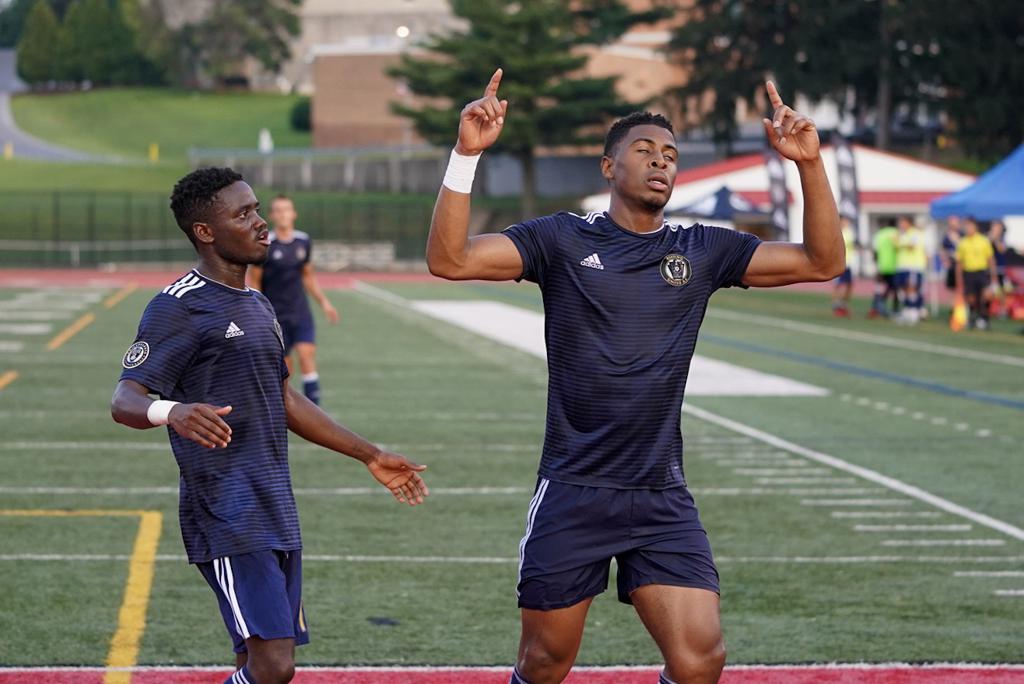