FLINT, MI (August 3, 2019) – It was déjà vu all over again. Reading United A.C. saw their 2019 season end in heartbreak as they fell 1-0 to the Flint City Bucks in the USL League 2 Final played in front of over 7,000 fans at a packed Atwood Stadium in downtown Flint, Michigan. United’s captain Lamine Conte was sent off in the second period of extra time after committing a foul on a Bucks break-away, denying a clear goal scoring opportunity that also saw the host awarded a penalty kick  Ayuk Tambe tucked away the spot kick to lead the Bucks to their fourth ever USL League 2 National Championship.

Reading United controlled large chunks of the championship game in Flint, executing a flowing, possession based game plan that limited Flint City’s opportunities throughout the first 90 minutes of the match.

When the Bucks did sniff out chances, United goalkeeper Simon Lefebvre came up huge with three highlight reel stops in the first half. The big French goalkeeper made a sprawling stop in the 17thminute to block a close-in shot and palmed a blistering effort over the crossbar in the 27th minute. Lefebvre’s most impressive stop came in the 38th minute as he dove to his left, getting his fingertips on Brayden McNitt’s effort that looked destined for the back of the net.

Reading United dominated the second half of the match, but despite a catalog of chances late in the game, couldn’t find a way past Bucks goalkeeper Andrew Pannenberg.

In circumstances similar to United’s loss in the 2018 league title game, an untimely red card to one of Reading’s defenders derailed the club’s push for its first ever league championship. In last season’s title game at Reading’s Gurksi Stadium, United defender Kamal Miller was sent off in 80th minute while Reading held a 2-1 lead over Calgary Foothills FC. Foothills would put 10-man Reading to the sword and rally to win the league championship, 4-2.

Coming out of the break between the two extra time periods, Hamman Nasser played a cutting ball through the Reading United midfield that sent speedy Ayuk Tambe on a breakaway. In a last ditch effort to scuttle the Flint City scoring chance, Conte sprinted from behind and dove to make a tackle that saw him clip the Flint City man’s heel. Though the contact appeared to have been initiated outside the penalty area, a penalty kick was awarded to the hosts and Conte was shown a straight red card for denial of a goal scoring opportunity.

Tambe smashed home the spot kick in the 110th minute to give the Bucks a lead they wouldn’t relinquish. The 1-0 victory for Flint City saw them claim their fourth national championship overall and their first since 2016.

Reading United finish their season as two-time defending Eastern Conference champions with a record of 12-1-5. 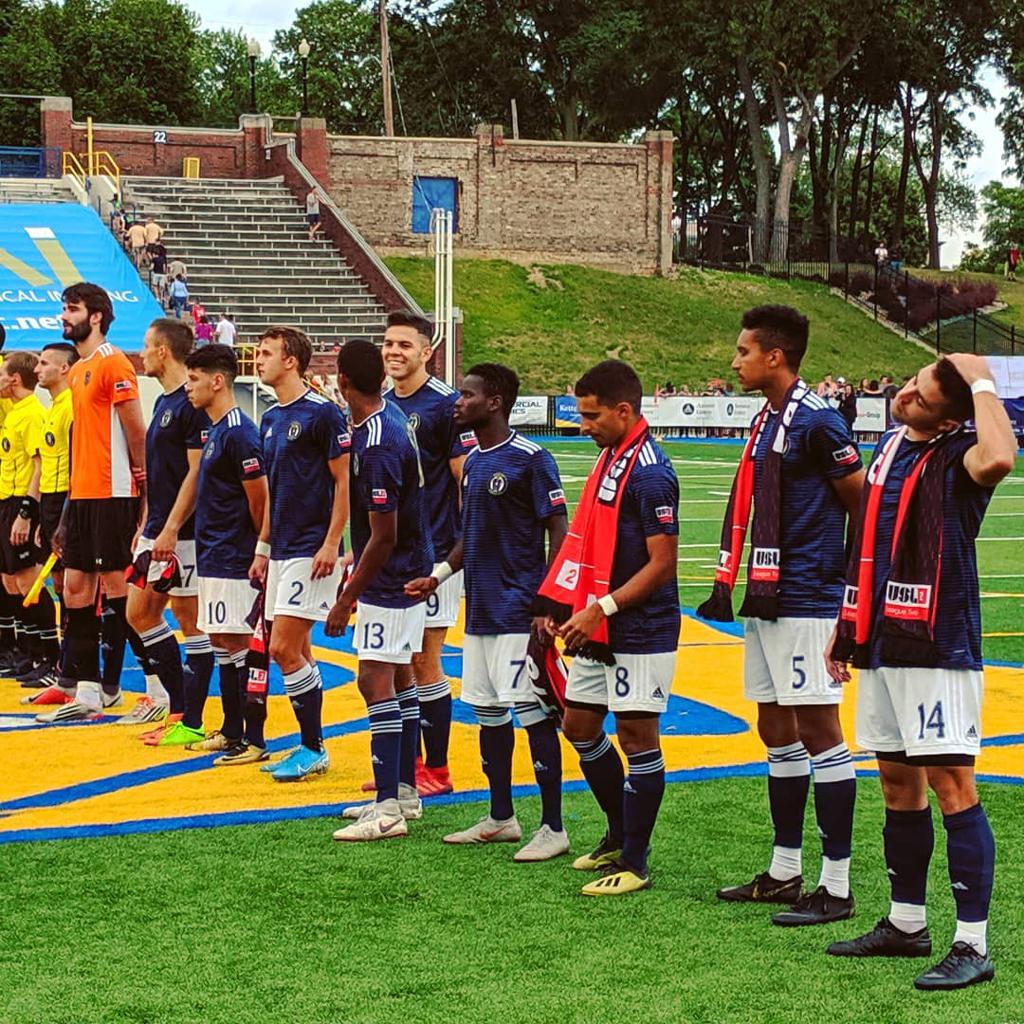