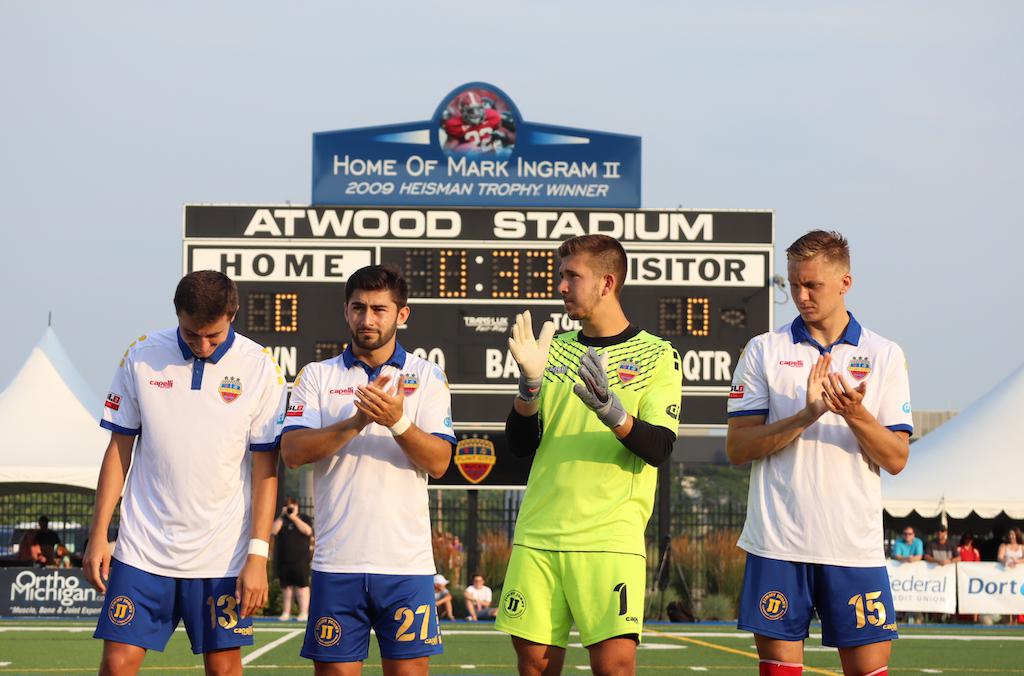 “I firmly believe that this new partnership will create an exciting and realistic pathway for Michigan’s top talent,” said Flint City Bucks President Costa Papista. “The Flint City Bucks have always wanted to have a youth connection and a path from younger teams to the first team.”

“We have supported the Bucks for many years now and we are thankful for the great memories they have given the soccer community in Michigan,” said Liverpool FC International Academy Michigan Owner and President Andy Wagstaff. “I’m excited and proud to be officially linked with the Bucks and to be their partner in the first year of the USL Academy League.”

Wagstaff, who is also the Bucks’ head coach, serves as a perfect example of the already-existing synergy between the two organizations. Wagstaff and other staff members at both clubs will work to streamline the process of advancing the top players from LFC Michigan up to the Bucks, which will serve as the top rung of the development ladder within the pathway.

The USL Academy League’s regionalized structure is another boost for local players, who no longer have to weigh the costs of leaving home or traveling long distances in order to experience a high level of competition.

“We’ve built a very strong club at LFC Michigan, and this partnership will bring a top tier of competition for our elite players,” said Wagstaff. “Our best players from ages 15 to 19 will have an opportunity to make the USL Academy squad, which will provide top level soccer and increased exposure to college and professional scouts. This helps the dream of reaching the next level become a reality for many young players.”

The clubs are aiming to use the USL Academy platform to create a bridge between the local youth and elite pre-professional levels, and the fact that the two groups already share a connection through staff members is a promising sign.

“The vision and message from the first team down will be consistent,” said Papista. “We are excited to see how some of Michigan’s top players develop and advance through the levels and eventually end up representing the Flint City Bucks and beyond.”

Click here to learn more about the USL Academy League.