Club will compete in the Metropolitan Division beginning in 2021 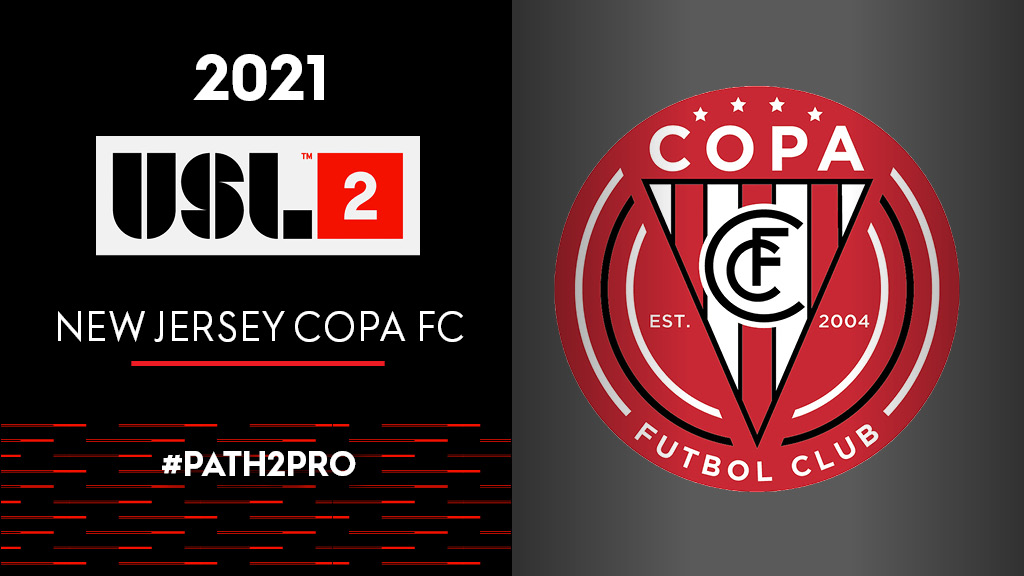 TAMPA, Fla. - The United Soccer League (USL) today announced New Jersey Copa FC as the latest club to join USL League Two. The club will compete in the Metropolitan Division beginning in the 2021 season, becoming the third club from the Garden State to join the league in 2020 after Morris Elite SC and Real Central New Jersey Soccer. An FC Copa Academy team will also compete in the inaugural season of the USL Academy League in 2021.

“FC Copa is yet another fantastic addition to the league from New Jersey this year,” said USL League Two Vice President Joel Nash. “Given the club’s already-excellent track record in developing local young talents for the next level, I’m confident Copa FC will hit the ground running in League Two and that players from New Jersey and beyond will see the team as a valuable competitive platform.”

Founded in 2004, FC Copa is anchored by a robust youth academy which features three locations in Rutgers (Middlesex County), Millstone (Monmouth County) and Brooklyn in New York City. The club’s League Two program will be based in Middlesex County.

FC Copa Academy sides have appeared in 26 state, 19 regional and 7 national finals, and the club boasts one of the highest college placement rates in the country, having placed over 350 students into over 181 collegiate programs and developed more than 24 professional players, including 2019 Championship Defender of the Year Joe Greenspan. The club’s new USL Academy side will provide a bridge between the organization’s youth sides and its senior team in League Two.

“USL League Two is the perfect platform to showcase our 17 years of developing the entire player throughout all stages of the academy,” said FC Copa Founder and Executive Director of Coaching Roberto Aguas. “League Two provides best-in-class regional competition for a mix of our homegrown FC Copa male players and pre-professional players throughout our area.  We are thrilled to be joining the USL family.”

In joining both League Two and USL Academy, FC Copa will offer a proven pathway to professional soccer for its players. On top of the valuable experience of playing in the nation’s most competitive pre-professional environment, League Two also provides growth opportunities for its coaches, executives and communities.