What matches are you tuning into in Week 6? 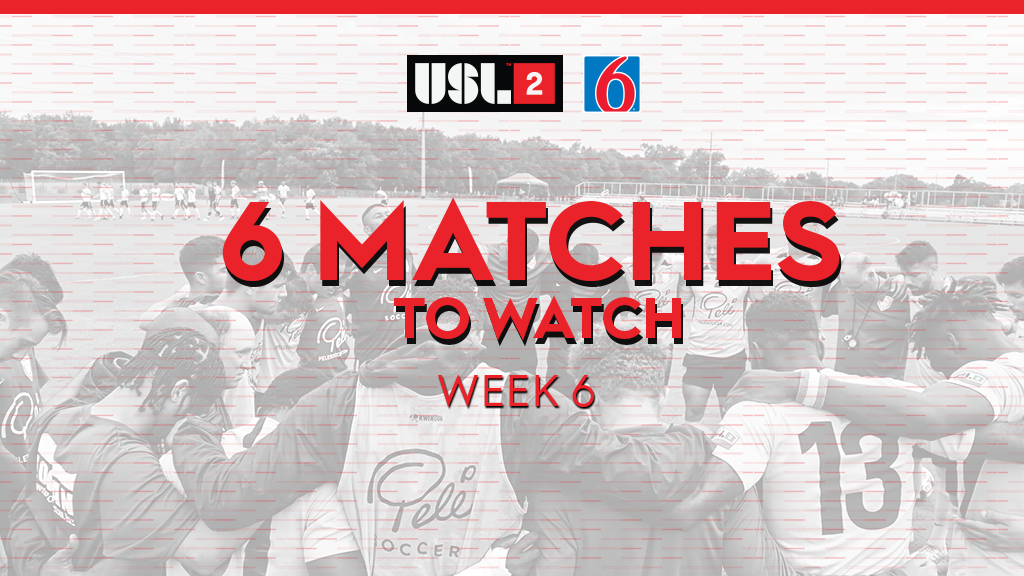 The SC United Bantams are back on the road this week to visit the Southern Soccer Academy Kings for a Deep South Division clash. The Bantams have looked strong in the first five weeks of Path2Pro play with a record of 4-0-2, placing the South Carolina-based team at the top of the Deep South Division table. A win against the Kings could give the Bantams the final push they need to make their run towards a playoff berth and a Deep South Division title if the away side can keep control in their hands on this Tuesday night match.

The non Texas-based outliers of the Mid South Division meet for the second time in the 2021 season, but this time Mississippi Brilla FC has the home field advantage. In the clubs last showdown at War Memorial Stadium, Mississippi Brilla FC took home the 2-1 win over the Stags, despite the Rangers last minute efforts to notch the equalizer. With Brilla sitting at the top of the table with a 3-0-1 record and the most goals scored within the division, the new Arkansas-based team will need to turn on the burners to prove they have what it takes to trump the historic Mississippi Brilla FC.

Lane United FC is strapping on their boots this week as they look to take on long-time Oregon foe, Portland Timbers U23. With only four teams in the Northwest Division in the 2021 season, the competition is more concentrated than ever and bragging rights are on the line. Both teams have competed in only two matches so far this season, which provides even more of a reason for the clubs to prove themselves. However, with two members of the Portland Timbers squad qualifying for the first edition of the 2021 Top Prospects list, Lane United will need a strong swing of the axe to defeat the strong Oregon-based team.

With only a week separating the clubs back to back matches, Des Moines Menace and Kaw Valley FC are fired up and ready for more Heartland Division action. In the two clubs first rendezvous, League Two’s Top Prospect Kingsford Adjei of Des Moines Menace sealed the deal for the club in stoppage time during the first half chipping an absolute beauty of a shot over three defenders and Kaw Valley’s keeper. However, the match looked to be pretty evenly controlled throughout, making this Saturday night match a definite watch for League Two fans. The Menace currently sit at the top of the Heartland Division table, but tough opponents in Kaw Valley FC and Chicago FC United could threaten to interrupt the Menace’s undefeated run to the playoffs.

History is being created this Sunday as long-time League Two club the Long Island Rough Riders take on the historic FC Motown at home. The two Metropolitan Division clubs have yet to meet this season, which provides the fans even more of a reason to tune in to this Metropolitan Division match. The Rough Riders managed to secure a perfect month in May with three wins and have so far continued that trend in June with two wins against New Jersey Copa FC and Morris Elite SC to kick off the month. However, FC Motown is on the hunt to disrupt the Rough Riders’ undefeated season and it all starts at Adelphi University this Sunday.