More than half of USMNT’s WCQ debutants in cycle had Championship, League One, League Two experience as place in Qatar was secured 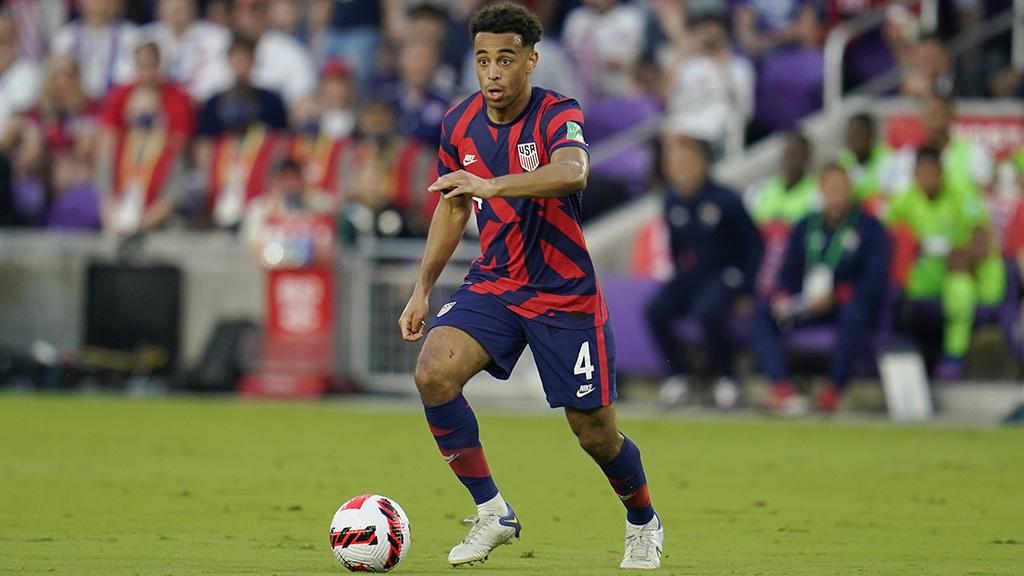 A USL Championship title-winner in 2016, Tyler Adams has become one of the centerpieces of the U.S. Men's National Team that on Wednesday qualified for the 2022 FIFA World Cup in Qatar. | Photo courtesy Julio Cortez / AP Photo

In the first game played by the United States Men’s National Team after the failure to qualify for the 2018 FIFA World Cup, against Portugal in November 2017, there were two debut starters for the side: midfielders Tyler Adams and Weston McKennie.

A little over four years on, the pair now stand as two of the faces of the team, each playing for top clubs in Europe. They also share a bond, one of many throughout the squad, that has proven vital in the rejuvenation of the program that reached a climactic moment on Wednesday night, securing a berth at FIFA World Cup Qatar 2022.

“Three hours before the game in Mexico I was on FaceTime with Weston and he was wishing me good luck, he wanted us to take care of business,” said Adams prior to Wednesday night’s game in Costa Rica. “The [Panama] game, I wasn’t expecting another call from him, but I got another call from him three hours before the game. We’re very connected. This goes deeper than the football, we’ve created friendships and relationships with guys that translate completely onto the field.”

We’ll see you in Qatar!

For Adams, remarkably, that senior national team debut came only 13 months after he was helping claim a USL Championship title. The first signing in New York Red Bulls II history, and still yet to turn 18 years of age as he played his final game for the side, Adams was the youngest starter on the field as New York romped to a 5-1 victory in October 2016. Adams’ path to the USMNT is one many other young players have followed since, competing first in the USL Championship, League One or League Two before making the step up to the top level of the international game.

In fact, across the 14 games that made up qualifying since the start of last September, 29 players have made their World Cup Qualifying debuts, 16 of which had previously played in one of the USL’s three senior divisions. Overall, the 20 USL alumni that have seen action in World Cup Qualifying – including the likes of 2012 League Two All-League selection DeAndre Yedlin, who appeared in the prior cycle – have combined for 109 appearances and 6,654 minutes of action, almost half of the minutes played by the squad overall.

For some like Adams and Brenden Aaronson, the path from the Championship to top-flight soccer, and then to the USMNT was a direct one, one the duo has taken to with aplomb. More recently, there has been the rise of Ricardo Pepi, a 2019 USL League One title winner and All-League selection now competing in the Bundesliga for FC Augsburg.

For others, the path was more circuitous. Goalkeeper Matt Turner made more than 50 combined appearances in USL League Two for the Jersey Express and in the Championship for the Richmond Kickers before making his breakthrough. Defender Miles Robinson, who ranked second to Adams in minutes played in qualifying by a USL alumnus this cycle (964) and third overall in the squad, competed for the FC Boston Bolts in League Two and then made 20 appearances in the Championship across two seasons, including on loan with the Charleston Battery.

Then there’s Aaron Long, the 2016 USL Championship Defender of the Year, whose road to this moment might have been the longest of any. A notable player for FC Tucson in USL League Two – where he made his debut a decade ago under current Phoenix Rising FC Head Coach Rick Schantz – Long made 60 appearances in the Championship over three seasons, including loans to Sacramento Republic FC and Orange County SC in 2014 from Seattle Sounders FC, before finding his niche alongside Adams with the Red Bulls II. In the past year, Long’s persistence was again on show as he made his way back from a torn ACL suffered last March to earn his World Cup Qualifying debut against Mexico last Thursday.

USMNT Head Coach Gregg Berhalter now gets the chance to plan his group for November’s World Cup, a squad that could feature many players who can trace their roots to the Championship, League One and League Two. When that opportunity arrives, those USL alumni will be in a place to move soccer in America forward once again.

“As a team, we’ve created bonds and a chemistry that to be honest with you is very different to a lot of teams I’ve played in,” said Adams. “I think that comes down to the fact that we’re young, we’ve played in the youth national teams before, and we’ve really prepared ourselves for this opportunity. Gregg speaks on the fact that coming into World Cup Qualifying, we really want to rewrite how American fans view us, not just through our style of play but our intensity, our commitment, our belief that we want to take U.S. soccer to the next level. I think everyone has bought into that fact.”