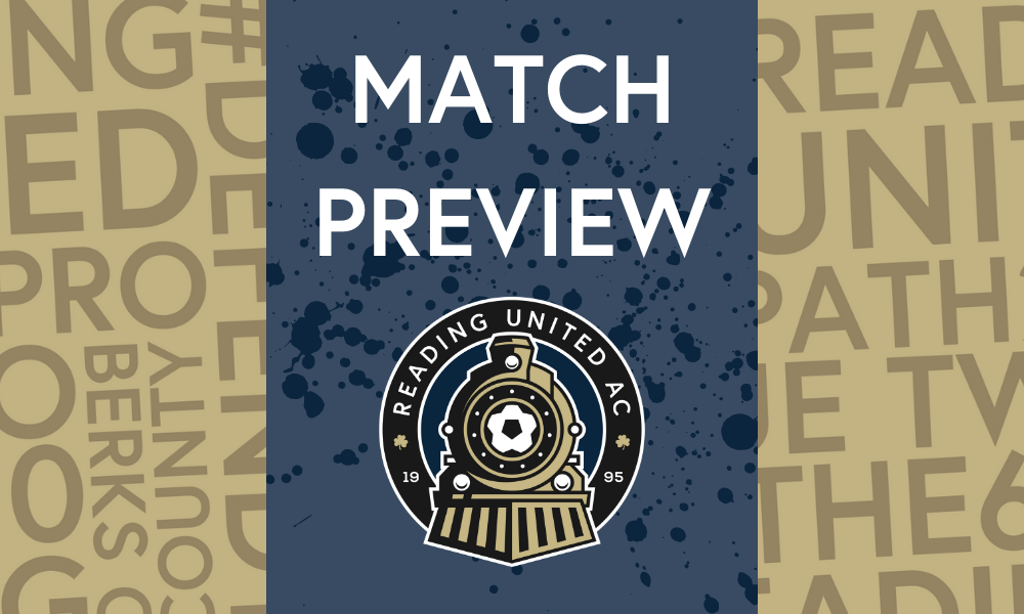 READING, PA (May 13, 2022) – Reading United opens its 2022 season on the road this Saturday, May 14th against Lehigh Valley United at Moravian College. It should come as no surprise, considering the two sides have met for the first match of the season since LVU entered the league. Reading has secured a dozen victories against LVU, looking for one more to open the year.

The two sides finished neck and neck at the end of the 2021 campaign, with Reading ending five points clear of their neighbors to the north after a season-ending victory at home. Trailing 1-0 after a 7th minute penalty kick, Reading stormed back with goals in the 68th and 70th to snag the lead, then added an insurance goal in the 76th. LVU netted a second PK in the 93rd, but the damage was done.

Reading looks to improve upon its 2021 season, where it finished 4-7-3. The squad came on strong at the end of the season, collecting points in five of its final seven games, winning two of their final three games. The offense started clicking in the final games, scoring nine goals across the last trio of contests.

Lehigh Valley went the opposite direction at the end of the season, losing four of its final five games. The team won three contests, including a 5-1 win over Reading on May 15. Lehigh scored two quick goals in the 23rd and 27th minutes, then tacked on two more before the end of the half to cruise.

United will play its first home game a week later, facing Philadelphia Lone Star on May 21st beginning at 7:00 p.m. at Alvernia University. Season and game day tickets are available for purchase at readingunitedac.com.