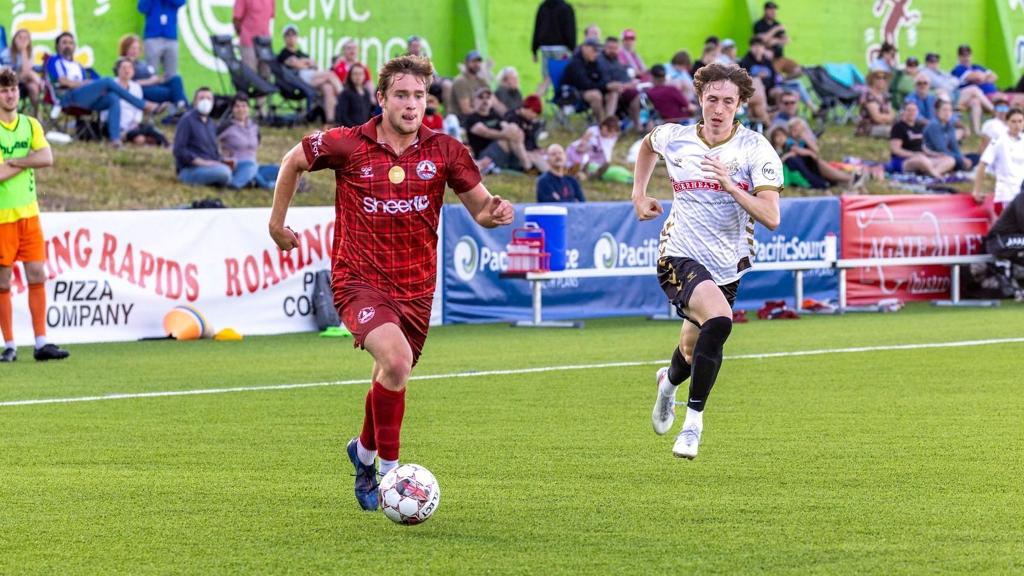 SAINT LOUIS, Mo. – Forward Duncan McGuire has been awarded the 2023 MAC Hermann Trophy, the highest individual honor given to the best NCAA Division I soccer player this past season.

He had a penchant for the big moments in the 2022 League Two season – scoring all four of his goals against the top two finishers in the Northwest Division, securing Lane United points from each three different matches against the sides.

McGuire won the award after an outstanding season for Creighton University, scoring 23 goals for the Bluejays en route to a deep NCAA Tournament run.

"We're honored to have been a part of Duncan’s story to this point," Joel Nash, USL VP of Youth and Pre-Professional Properties, said. "All three of these finalists competed in League Two to develop their skills, and it paid off in a big way. This is what this league is about. We're so proud of Peter, Duncan and Levonte, and we know there's a bright future for all three of them."

McGuire is the 12th player since 2002 to win the award after gaining experience in USL League Two.