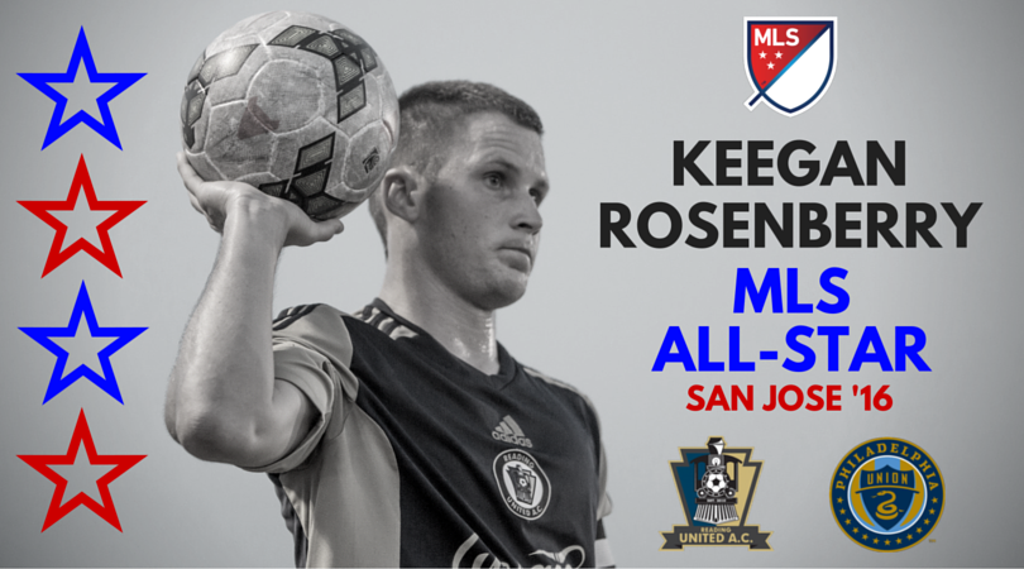 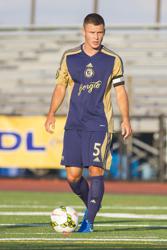 On Saturday,  the former Reading United captain and Lancaster County native  was named to the All-Star Game Fan XI and will be part of the MLS All-Stars roster that take on English Premier League powerhouse Arsenal FC at San Jose’s Avaya Stadium on Thursday, July 28th.

Rosenberry will be the first ever Reading United alum to feature in Major League Soccer’s mid-summer showcase event.

The Reading alum also becomes the first rookie to be named an MLS All-Star since 2013 and only the second since 2005.

The Fan XI was voted on by fans from across the nation and around the world. Rosenberry, now the starting right back for the Philadelphia Union, was one of three defenders chosen by the fan vote to make the squad. The Reading alum was one of 160 players from across the rosters of all twenty Major League Soccer clubs to be nominated for the fan vote by members of the media.

Rosenberry spent two Premier Development League seasons with Reading United. The Ronks, Pennsylvania native played in fourteen matches for United in 2013 and 2015. Rosenberry was named captain of Reading United’s squad for the 2015 season.

The defender played his collegiate soccer at Georgetown University following his time with the Philadelphia Union Academy team and Lancaster Mennonite High School. While at Lancaster Mennonite, Rosenberry helped his school win the 2011 Pennsylvania State Championship.

Selected  with the third overall selection in the 2016 MLS SuperDraft, Rosenberry has had an immediate impact on Philadelphia Union, who currently sit in second place in the MLS Eastern Conference standings. The Reading United alum has played in every minute of every match for the Union through his rookie season, earning praise from media, fellow players and coaches across the league for his excellent defensive play.

Reading United Operating Partner George Gadebusch said of Rosenberry’s All-Star Game selection, “We are so pleased to see the success that Keegan is having in his rookie year with our affiliate club, the Philadelphia Union. As a former captain and player for Reading United, Keegan's talent and leadership abilities were consistently on display, so it is no surprise to see what he is already accomplishing at the Major League Soccer level.  We wish Keegan continued success and expect this to be the first of many All-Star appearances.”

Reading  United's 2016 squad will hit the road for a crucial division showdown with the Jersey Express on Wednesday, July 13th before returning home to host Lehigh Valley United in the club’s final home match of the 2016 regular season on Sunday, July 17th at 5:00pm. The match will Reading’s annual Fan Appreciation Night where the club will announce their 2016 Biggest Fan Award. Tickets for the game against Lehigh Valley are available at www.readingunitedac.com or on game day at the Don Thomas Stadium ticket office. Reading United offer 2016 Game Day Youth Packages, Group Discount Packages, Birthday Parties and Fundraising Ticket Packages.  Contact our ticket sales team at sales@readingunitedac.com for all your group needs.