Matches are scheduled to be played on July 23 & July 24 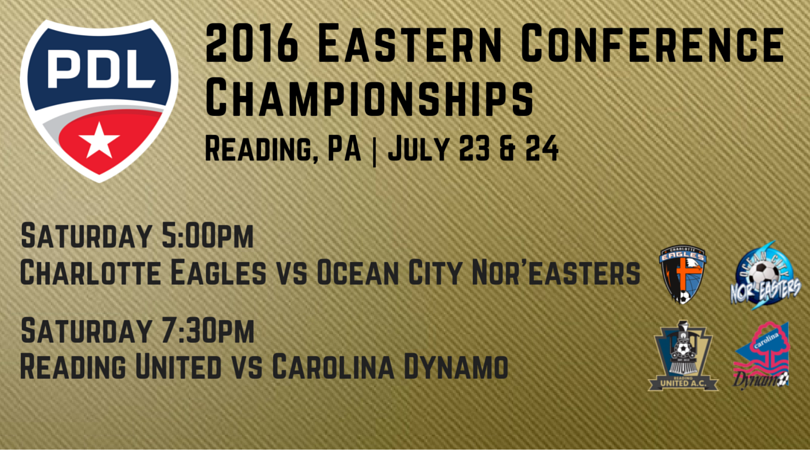 The winners of the semifinal matches will advance to the Eastern Conference Championship game on Sunday, July 24th. Kickoff for the title game is scheduled for 7:00pm.

Tickets for Saturday’s session are $10 while fans aged 10 or younger are free. Any fan wearing Reading United gear to Saturday’s games will receive a complimentary pass to Sunday’s conference title game. Tickets for Sunday’s game are also priced at $10 with all fans 10 and under admitted free.

Reading United President Art Auchenbach was delighted to learn Reading had been selected to host the Eastern Conference Championships. “Reading United is honored to once again host the 2016 Eastern Conference Championships.  We pride ourselves not only on our players and coaches, but also our “team behind the team” who volunteer their time to make our fan experience one of the best in the PDL,” Auchenbach said. He continued, “We look forward to hosting three wonderful organizations in Charlotte, Carolina, and Ocean City and showing the soccer public some of the best the PDL has to offer, both on and off the field.”