Colton Storm, a defender who featured in eleven games for Reading in 2014 & 2015, was selected in the first round of the SuperDraft by Sporting Kansas City with the 14th overall selection. A native of Mechanicsburg, Pennsylvania, Storm is the 19th Reading United player to be selected in the first round of the MLS SuperDraft. A former Philadelphia Union Academy player, Storm played collegiately with the University of North Carolina, where he earned All-Atlantic Coast Conference Second Team honors in 2016.

Former Reading United forward Guillermo Delgado was selected with the 5th pick in the second round (27th overall) by the Chicago Fire. The native Tres Cantos, Spain, Delgado spent the 2014 season with Reading, playing in nine matches and scoring two goals. The former United standout starred for the University of Delaware, where he is the school’s all time leader in goals, assists and points. In 2016, Delgado was named the Colonial Athletic Conference’s Offensive Player of the Year, scoring 12 goals and recording eight assists for the Blue Hens.

Lindo Mfeka, a talented midfielder who had a brief spell with Reading during the 2015 campaign, was selected just after Delgado with the 6th pick in the second round (28th overall) by the San Jose Earthquakes. Mfeka, who played collegiately for the University of South Florida, scored three goals and logged five assists in 2016 en route to earning All-American Athletic Conference First Team honors.

Major League Soccer will conduct the third and fourth rounds of the draft via conference call on Tuesday, January 17th. Reading alums Connor Maloney, Billy McConnell, Robby Sagel and Jordan Wilson, each of whom attended the league’s pre-draft combine, will be available for selection. 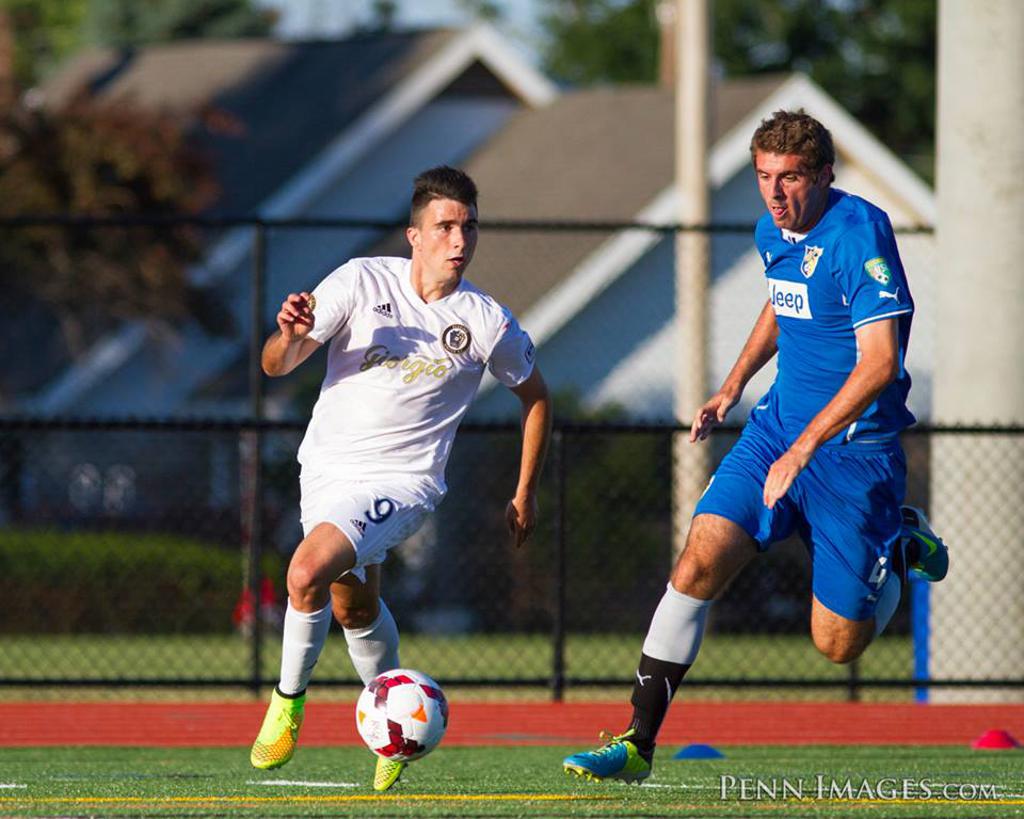