READING, PA (April 21, 2017) – For four former members of the Philadelphia Union’s vaunted academy program, their path to professional soccer sees them return to Reading, Pennsylvania. Will Campbell, Kevin Carvalho, Mo Conde and Zach Zandi will rejoin Reading United A.C. for the 2017 Premier Development League season, pending final approval by the league. The former Union Academy standouts bolster a Reading squad that will look to build upon a successful 2016 campaign that saw the club win the Mid-Atlantic Division title and advanced to the Eastern Conference Championship match.

United Head Coach Stephen Hogan, who returns for his second season at the helm of the Philadelphia Union’s Premier Development League affiliate, is looking forward to the return of this talented group. “These players are family. They grew up within the club. We continue to track their development through college and what better way to get first hand information on their progress than through our PDL program. We are hoping their winning mentality from last year can push us even further this season.”

Wallingford, Pennsylvania native Will Campbell returns for his fourth season with Reading United. The skilled defender featured in 13 matches for the 2016 Mid-Atlantic Division champions and was second on the team in minutes played. The former Union Academy star has made a total of 16 appearances for Reading throughout his young career. Campbell helped Reading post the best defensive record in the Mid-Atlantic Division in 2016, allowing just 12 goals during the regular season.

A rising sophomore at the University of North Carolina, Campbell featured in four matches during the 2016 collegiate season. The Reading United defender was a part of current Philadelphia Union head coach Jim Curtin’s Under-17 Union Academy side that won the 2012 Generation Adidas Cup.

Zach Zandi returns for his second season with Reading United after appearing in 11 matches for the club in 2016. The Union Academy product recorded his best game in a United jersey when he scored two goals in Reading’s road match against rivals Ocean City. The West Chester, Pennsylvania native was a vital part of Coach Hogan’s midfield and displays good vision and was a catalyst for United’s high powered attack.

Zandi plays collegiately at Villanova University, where he played in 19 matches for the Wildcats in 2016. His three goals and four assists helped power Villanova to its first ever appearance in the NCAA College Cup tournament.

Mo Conde will return to Reading for his second season with the club. The defender played in five matches for United in 2016 and was a key contributor during Reading’s playoff run. Conde was part of the first ever graduating class at the YSC Academy in 2015.

The Philadelphia, Pennsylvania native was named to the Southern States Athletic Conference’s All-Freshman Team during his debut season with the University of Mobile. Conde played in 15 matches for the Rams, scoring 4 goals and registering 2 assists.

Kevin Carvalho also returns to United for his second season. Like Conde, Carvalho was a member of YSC Academy’s first graduating class in 2015. The former Union Academy star made five appearances for Reading in 2016. Carvalho is a Richboro, Pennsylvania native and played in 17 matches for Northeastern University. He registered a goal and an assist during his sophomore season with the Huskies.

The 2017 Reading United season kicks off on Wednesday, May 10th at Exeter's Don Thomas Stadium. The club will face Clarkstown SC Eagles in the First Round of the 104th edition of the Lamar Hunt U.S. Open Cup, kickoff is set for 7:30pm. The 2017 PDL season begins on Saturday, May 13th when United host their in-state rivals Lehigh Valley United at Don Thomas Stadium. 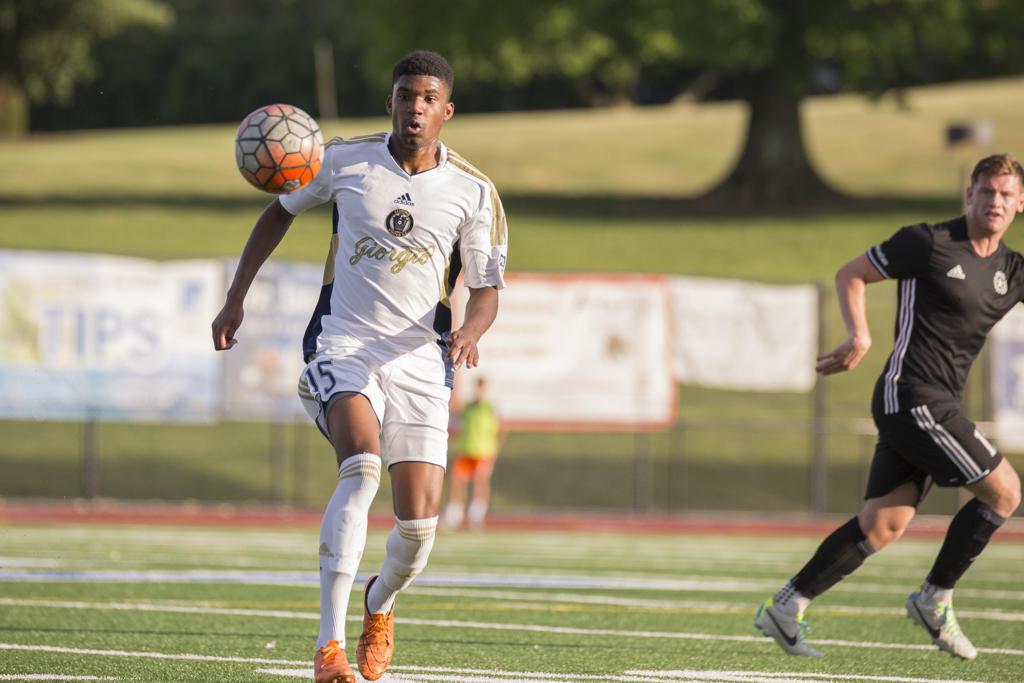 Will Campbell enters his fourth season with Reading United after appearing in 13 matches in 2016. (Photo Credit: Dave Musante/Penn Images) 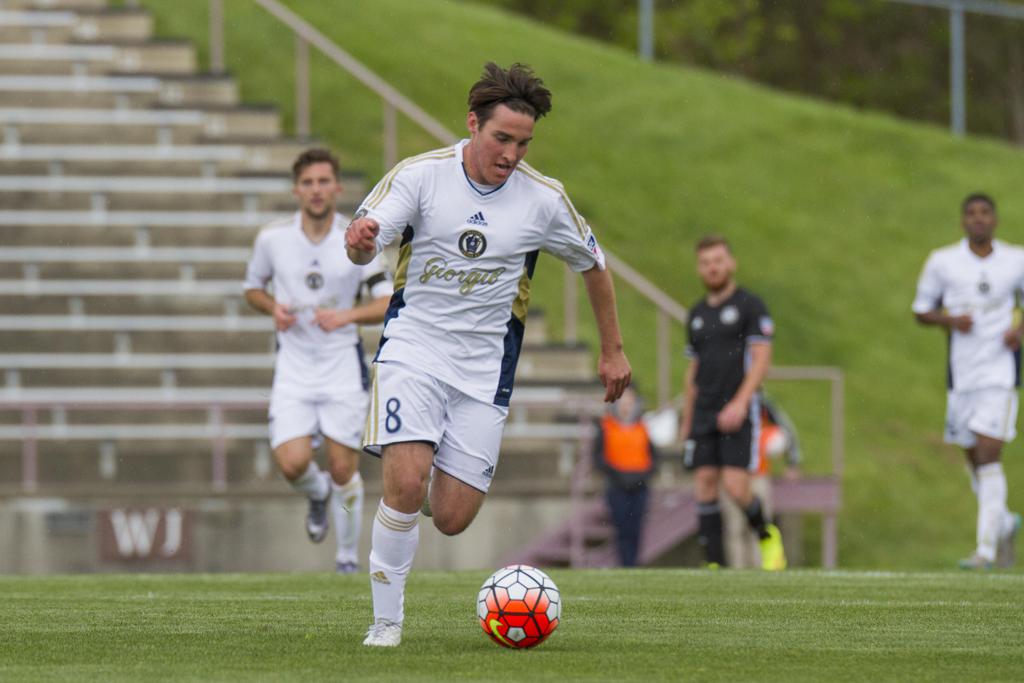