READING, PA (July 5, 2017) – Reading United A.C. got back on track with a hard-fought 2-0 win over their nearest rivals Lehigh Valley United at Exeter’s Don Thomas Stadium in Premier Development League action. Reading got goals from Paul Marie and Jakov Basic in the first half while the defense earned their fifth shutout win of the season by limiting Lehigh Valley’s chances throughout the match. Reading United reclaimed sole possession of second place in the PDL’s Mid-Atlantic Division with just three match remaining in the regular season.

Paul Marie, who scored three goals against Lehigh Valley in the 2015 regular season finale, victimized Reading’s in-state rivals again in the 18th minute of the game. Austin Maloney worked his way out of a clump of Lehigh Valley defenders and passed to winger Evan Finnegan. The Irishman one-timed a perfect cross from the right channel that Marie expertly volleyed into the net to give Reading a 1-0 lead. The Frenchman now has 14 career PDL goals during his three seasons with Reading.

Despite being outshot 7-3 by Lehigh Valley, Reading would double their lead just before half.

In the 45th minute, the visitors struggled to clear their lines as a Mickey George’s scuffed clearance fell straight to Reading United defender Mo Conde’s feet. The former Union Academy star played an easy pass to Jakov Basic, who used some excellent footwork to elude one Lehigh Valley defender before finding plenty of space 22 yards from goal. The Croatian midfielder’s blistering effort sailed just inside Cameron Keys’ far post to push the hosts out to a 2-0 lead at the half.

Reading Head Coach Stephen Hogan, looking to increase the tempo of the match, made four substitutes coming out of the halftime break. Frantzdy Pierrot returned to the pitch after recovering from a nagging leg injury that kept him out of the last four matches, while Ivan Abramovic and Jelani Pieters joined Pierrot in the attack. The adjustment jump-started the offense, but United was unable to find the back of the net despite outshooting Lehigh Valley 9-3 in the second half.

The story of the second half was Reading’s defense. With Lehigh Valley pressing for a goal, the United back four held firm and limited the visitors to just three shots in the second half. Reading goalkeeper Alex Bouillennec, who registered three saves in the first half, did not record a single save in the second half as United closed out their fifth clean sheet of the season in a 2-0 victory.

When asked what has contributed to Reading’s impressive defensive record, defender Lamine Conte said, “Whenever we come out here, the coaches have a set of high expectations and we want to meet those expectations.”

Coach Hogan was pleased with his club’s ninth win of the season saying, “It was a scrappy win, a professional win. We go up 2-0 at halftime because we were clinical in front of goal. To be honest, that was the best part of the game tonight and that got us the three points.”

United’s final regular season home match will take place on Saturday, July 8th when they host the Jersey Express at Don Thomas Stadium. Kickoff on Fan Appreciation Night is set for 7:30pm with tickets available online. Tickets for the all regular season matches are available at www.readingunitedac.com. Contact our ticket sales team at sales@readingunitedac.com for all your group needs. 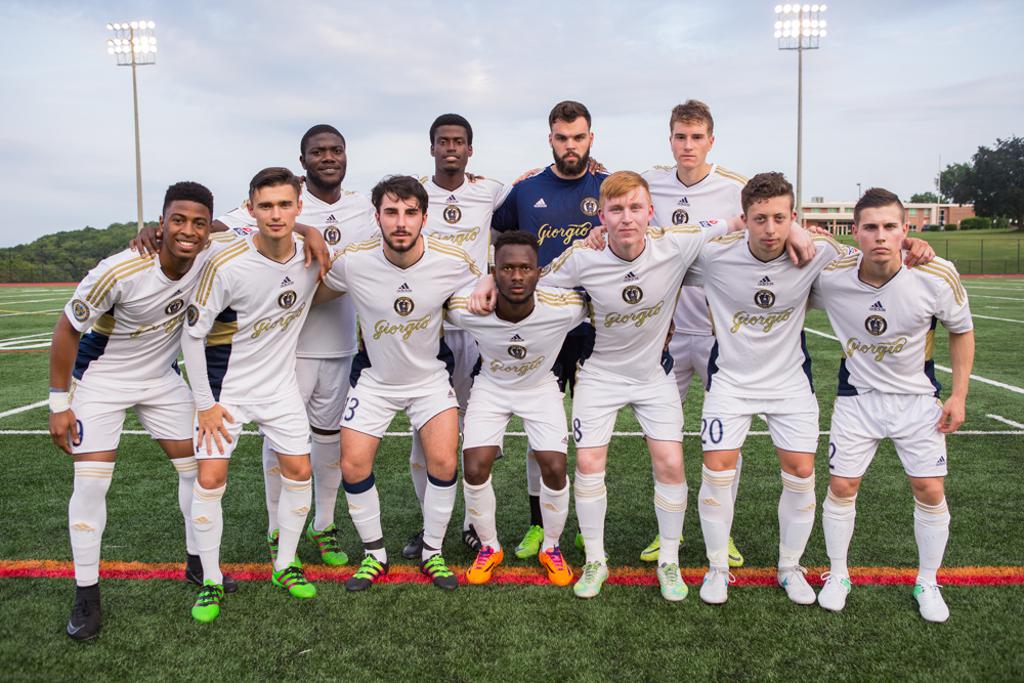