Molloy's memorable 2017 campaign with Reading included two stunning long range goals. In the 2017 PDL opener, the Irishman found the back of the net with a thunderous shot from nearly 40 yards out to cap the scoring in Reading's 3-1 win over Lehigh Valley United.

A few weeks later in a crucial match up against the New York Red Bulls U23s, Molloy scored the game winning goal when he hit a magisterial long range curling effort that beat PDL Goalkeeper of the Year Ben Lundgaard.

Reading United Head Coach Stephen Hogan praised Molloy’s commitment to improving his game on and off the field. “Aaron’s mentality toward keeping himself fit is second to none. He prepares like a professional in the way he eats, in the way he keeps himself hydrated and even making sure he gets the proper amount of sleep. These things are just as important as what he does on the field.” Hogan continued, “On the field, he is special. Aaron’s very intelligent, not afraid of a fight and can pass and strike a ball like nobody I’ve seen in quite some time. I’m looking forward to seeing him continue to grow on and off the field.”

Molloy will play for the Penn State Men's Soccer team this fall following his transfer from Keiser University. While playing for Keiser, Molloy was named the Sun Belt's Freshman of the Year and earned All-Conference Second Team honors. 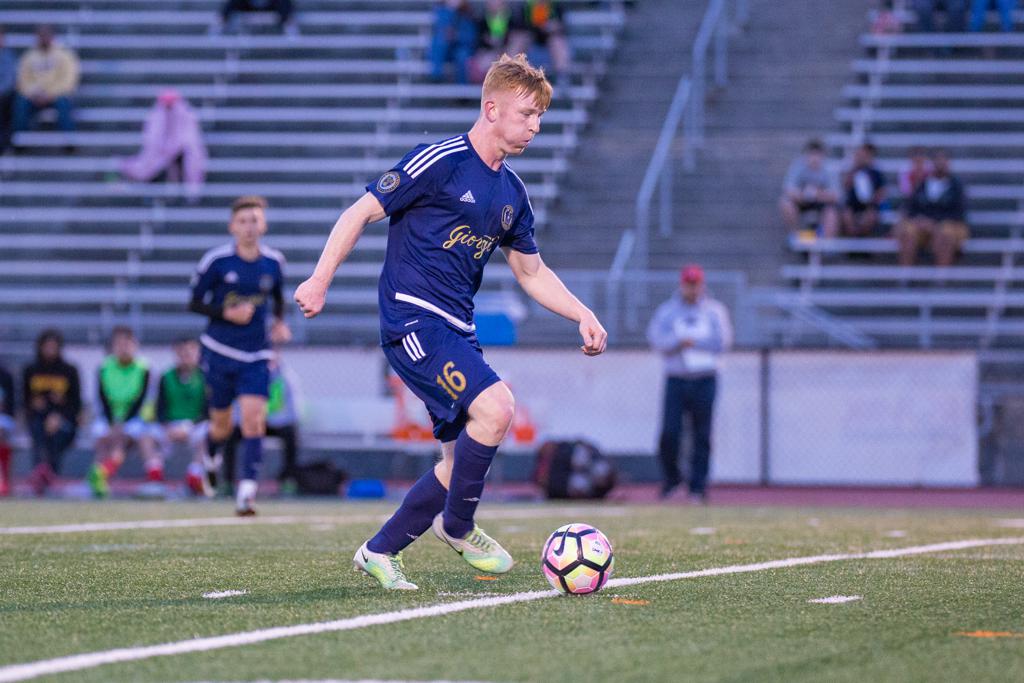 During his Reading United career, Aaron Molloy has played in 17 matches and scored 10 goals for the club. (Photo Credit: Dave Musante/Penn Images)